Can't-Wait Wednesday is a weekly meme hosted at Wishful Endings, to spotlight and discuss the books we're excited about that we have yet to read. Generally they're books that have yet to be released. It's based on Waiting on Wednesday, hosted by the fabulous Jill at Breaking the Spine.

A fierce sequel full of sisterhood, heart pounding action, betrayal, and intrigue in the royal court in a series that "breathes new life into the feminist story of oppression and resistance" (Publisher's Weekly).

I thought Grace and Fury was FANTASTIC! Sooo...I canNOT wait to read more of Serina and Nomi's story! I only put a small snippet from the synopsis to avoid spoilers--to read the entire thing head on over to Goodreads!

What are YOU waiting on this week!?

Surrounded by enemies, the once-great nation of Ravka has been torn in two by the Shadow Fold, a swath of near impenetrable darkness crawling with monsters who feast on human flesh. Now its fate may rest on the shoulders of one lonely refugee.
Alina Starkov has never been good at anything. But when her regiment is attacked on the Fold and her best friend is brutally injured, Alina reveals a dormant power that saves his life—a power that could be the key to setting her war-ravaged country free. Wrenched from everything she knows, Alina is whisked away to the royal court to be trained as a member of the Grisha, the magical elite led by the mysterious Darkling.

Yet nothing in this lavish world is what it seems. With darkness looming and an entire kingdom depending on her untamed power, Alina will have to confront the secrets of the Grisha . . . and the secrets of her heart.


I’ve tried to start this book at least 5 or 6 times over the past couple of years but, for whatever reason, I could never get past the first chapter. So, I decided to give the audio book a shot and I’m super glad that I did!

The world was unique, magical, and well-crafted. The characters were likable, intriguing, and complex. I definitely enjoyed this one!

Alina was an easy character to connect to. She is strong-willed, resilient, and intelligent. I was rooting for her from the prologue.  But, this poor girl. I feel like she’s tossed from one unsavory environment to another. I’m hoping she gets her happy ending!

Then, there’s Mal—I adored this boy. I thought he was charming and sweet and yes Alina needs to be with him. I personally thought he was an incredible friend to her! I’ve read things saying that he only became interested in Alina based off of her power, but I find that hard to believe. They have a super intricate and personal history—I TOTALLY SHIP IT. Their banter was my favorite!

As for the Darkling—I definitely get the appeal. I do. I don’t ship him with Alina but I do appreciate him. Even if he does have a little bit of an Edward Cullen Complex.

Overall, I REALLY enjoyed the world that Leigh Bardugo built! 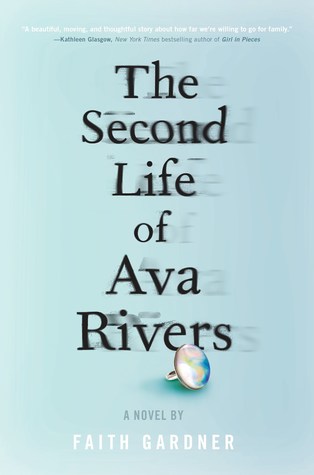 Ava's disappearance was the crack in the Rivers family glacier. I wish I could explain to you how we were before, but I can't, because the before is so filmy and shadowed with the after.
The after is all Vera remembers. When her twin sister, Ava, disappeared one Halloween night, her childhood became a blur of theories, tips, and leads, but never any answers. The case made headlines, shocked Vera's Northern California community, and turned her family into tragic celebrities.
Now, at eighteen, Vera is counting down the days until she starts her new life at college in Portland, Oregon, far away from the dark cloud she and family have lived under for twelve years. But all that changes when a girl shows up at the local hospital.
Her name is Ava Rivers and she wants to go home.
Ava's return begins to mend the fractures in the Rivers family. Vera and Ava's estranged older brother returns. Vera reconnects with Max, the sweet, artistic boy from her childhood. Their parents smile again. But the questions remain: Where was Ava all these years? And who is she now

Hey Vera! I'm so happy to have you on the blog today! Thank you so much for doing this interview, I'm sure you're sick of them by now. These are just some fun questions to get to know you better!

Q: What are 3 things we can find in your purse at all times?

Vera: A book, a red hair ribbon for my Snow White gig, and pepper spray.

Q: If you could travel anywhere in the world, where would you go?

Vera: Honestly? It sounds unadventurous, but I just want to go to Portland, Oregon. I want to go somewhere with plenty of bookstores and coffeeshops and weirdos, someplace rainy and green and damp and surrounded by forests.

Q: Tell us your most embarrassing story.

Vera: My ex-girlfriend sold details of my family life to a tabloid magazine, including pictures of my not-so-tidy bedroom. That was pretty embarrassing.

Q: If you had to watch the same movie over and over during a 24hr period, what would it be and why?

Vera: Probably The Princess Bride. It’s one of those movies I watched a ton as a kid and even though I’m older now, I still love it. I’m way more of a book-reader than a movie-watcher and that movie also centers around reading and storytelling.

Q: Flash forward 10 years, what do you hope to be doing?

Vera: Teaching elementary school. I’d like to make reading super fun and convince kids that books are magic. I’d like to help all kids feel loved and welcome and be a grown-up they can trust. I want to be living somewhere different after traveling and seeing the world, a place where no one associates me with the missing girl Ava Rivers. And I hope that something happens with my sister’s case so my family can finally have some closure. 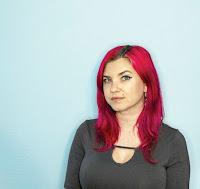 AUTHOR BIO:Faith Gardner is the author of the young adult novel Perdita. Her short fiction has been published in places like ZYZZYVA, PANK and McSweeney's online. She lives in the Bay Area.

Can't-Wait Wednesday is a weekly meme hosted at Wishful Endings, to spotlight and discuss the books we're excited about that we have yet to read. Generally they're books that have yet to be released. It's based on Waiting on Wednesday, hosted by the fabulous Jill at Breaking the Spine. 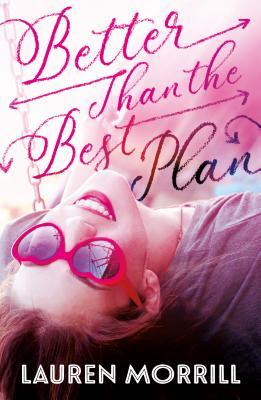 Plans are made to be broken.

It’s the last day of junior year, and seventeen-year-old Ritzy—short for Maritza—is pretty sure she has a great plan. Summer job—check. Hang with friends at the beach—check. Keep looking after herself as she’s been doing since her mom bailed to follow her bliss—check. Or no check?

After someone reports that Ritzy is living alone, a social worker shows up and puts her into foster care. That’s surprise enough. But there are more surprises in store, and not all are unpleasant. Like the cute, friendly boy next door.

When Ritzy’s old life catches up with her new one, she has some tough decisions to make. Can she plan for the worst, but still hope for the best?

Count me in! This sounds freakin' adorable! And that cover is perfection!

Email ThisBlogThis!Share to TwitterShare to FacebookShare to Pinterest
Labels: WoW

Tell Me Something Tuesday

Tell Me Something Tuesday is a weekly discussion post hosted by Rainy Day Ramblings where we discuss a wide range of topics from books to blogging. If you want to do your own post, grab the question and answer it on your blog.

Question of the Week:

Does it bother you when a book cover doesn't fit the characters in the book?


Yes! Yes, yes it does. Especially when the story says something like "she had wild, frizzy hair she was unable to tame," then on the cover her hair is straight as heck.
OR
When the main character is in a frilly dress and never wears one in the story.