To Kill a Kindgom Blog Tour: Interview with Prince Elian 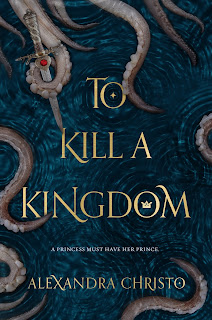 Princess Lira is siren royalty and the most lethal of them all. With the hearts of seventeen princes in her collection, she is revered across the sea. Until a twist of fate forces her to kill one of her own. To punish her daughter, the Sea Queen transforms Lira into the one thing they loathe most—a human. Robbed of her song, Lira has until the winter solstice to deliver Prince Elian’s heart to the Sea Queen or remain a human forever.

The ocean is the only place Prince Elian calls home, even though he is heir to the most powerful kingdom in the world. Hunting sirens is more than an unsavory hobby—it’s his calling. When he rescues a drowning woman in the ocean, she’s more than what she appears. She promises to help him find the key to destroying all of sirenkind for good—But can he trust her? And just how many deals will Elian have to barter to eliminate mankind’s greatest enemy? ~Goodreads

Prince Elian, if you were to be turned into an aquatic creature, what would you be and why?

Call me, Cap! And it would have to be an Orca, right? Highly intelligent, beautiful, and an expert hunter . . . it’s uncanny, really.

Tell us something we'd be surprised to hear about you. Third nipple? Expert juggler? Compulsive eater?

I’ll bet that nipple question is just an excuse to get me to take my shirt off!I suppose most people would be surprised that I wasn’t always an expert swordsman. As a child, I lost nearly every tournament my father entered me in (though luckily the only thing wounded was my pride). I only became a quick study after I left Midas and began exploring the world. 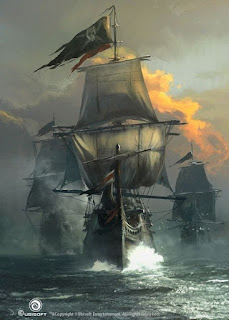 What's your favorite thing about sailing on your ship?

Being able to go anywhere, any time, and never knowing what adventure could be waiting. The Saad is my home and my crew are my family. I get to cross the world with them.
Who wouldn’t want that?

What are 3 things you can't travel without?

Well, my ship. And my crew. After that, it’s a tossup between my knife and my good looks. Both equally important, I’m sure you’d agree.

What do you admire most about Lira?

She is who she is and doesn’t hold back. I’ve spent a long time feeling guilty for going after what I want, but Lira lives life by her own rules. And she doesn’t apologise for it.

--Fast Round--
1. Relaxing Evening or Daytime Adventure?
The only way to relax is with adventure on the horizon.

3. Weapons or Fisticuffs?
Both. Either. Neither. A good pirate can adapt to any situation and I’m nothing if not a good pirate (being a good man, on the other hand, is still up for debate). 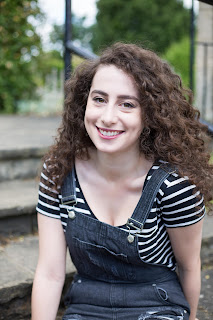 Alexandra Christo decided to write books when she was four and her teacher told her she couldn't be a fairy. She has a BA in Creative Writing and works as a copywriter in London, both of which make her sound more grown up than she feels. When she's not busy making up stories, she can be found buying far too many cushions and organizing food crawls all over the city.
Alexandra currently lives in Hertfordshire with an abundance of cacti (because they're the only plants she can keep alive)